Odisha The Land of God Do you really Know about Odisha 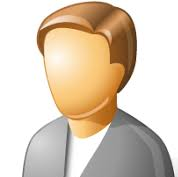 ODISHA : THE LAND OF GOD

Odisha (formerly Orissa), an eastern Indian state on the coast of the Bay of Bengal is known for its tribal cultures and its many ancient Hindu temples. The capital, Bhubaneswar, is home to hundreds of temples, notably the intricately-carved Mukteshvara. The Lingaraj Temple complex, The land of Odisha occupies a unique place in the order of the Indian states; earlier Odisha was also known as Kalinga. Uthal and Udia” In the history of mankind Odisha always stands for great human value and glory for superb intelligence, By nature Odisha has been gifted – a 482 km coastline. Golden beaches, serpentine rivers, mighty waterfalls, variegated wildlife with forest-clad blue hills of eastern ghats, The entire length and breadth of Odisha is dotted with vibrant and mesmerizing tourist sides and each place has a heart stealing tale it tells to it’s transient guests.

The Architecture of edifies. like the Konark temple. Jagannath temple. Lingaraj temple Barabati palace. Rajarani Temple Khandagiri caves and the Lalitgiri and Udayagiri caves are really remarkable. Odisha is indeed a wonder on the Earth. It is unique and wonderful land ef heart-stealing and fascinating beauty with a bouquet of numerous colourful festivals around the year, last but not least the handicrafts and artifacts of enternal and sublime beauty stand as a robust witness to this tiny littoral state of Odisha’s pristine glory

THE LAND OF ART AND CULTURE : ODISHA

“The land of splendid temples, monuments, mind-blowing natural panorama, where everyone lives in harmony. Awesome is the beauty with orchids of wild species. It is an abode of a number of creative artists and craftsmen. It’s humbly known as the land of God…..Being a native of ODISHA is an absolute cheer !!!

The stunning architecture, history, dialects, vibrant art and music make Odisha ever sprightly state of India. Odisha, the battleground for the famous Kalinga war fought by Ashoka the great, lies on the country’s east coast. From the name of “Odra Desà” to “Utkala” to “Kalinga” to “Orissa” to “Odisha” _ the variation of it’s naming in different periods of time depicts it’s epic chapter in the Indian history. When the sun rises here, it rises over the land of temples thriving on top of a solid foundation laid by heritage.

Life is uncomplicated, laid back and it doesn’t take much to find some hush and quiet here to oppose the hustle and bustle of metropolitan concrete Jungle, Odisha comes as a sigh of relief to the one seeking the peace of mind.

Odisha is the 8th largest state by area and 11th largest by population is located in eastern India. It is surrounded by neighbouring states like_ West Bengal, Jharkhand, Chhattisgarh and Andhrapradesh. In the eastern part of the State lies the coastal plain. It extends from Subarnarekha river in the north to Rushikulya river in the south. The lake Chilika is a part of the coastal plain. Three quarters of the state is covered in Mountain ranges. The highest point in the state is Deomali

The glorious ancient history of Odisha has been mentioned in the famous texts like “Mahabharata”, “Vayu purana” and most importantly King Ashoka has mentioned about Kalinga and the bloody war of Kalinga in his edicts. From emperor Kharabela to Gajapati kingdom many rulers have ruled over the state.

On 1st April 1936 Orissa was split into separate provinces. In the late 2011 the state name was officially changed from Orissa to Odisha and now we can proudly say that “we are the natives of Odisha not Orissa, and we speak Odia not Oriya.”

The fineness and the grandeur of Odisha’s architecture is exhibited in its temples that the Aryans left behind. Some of them are among the finest in the country. The most important are: the Lingaraja temple,(11th century) the largest temple of the temple City Bhubaneswar. Here lord Shiva is worshipped as Harihara.

The Jagannath temple of Puri (12th century) enshrines lord Jagannath in the colossal temple. The temple is world famous for its annual chariot festival ” Ratha Yatra”. Lord Jagannath is the lord of all Odia hearts.

The great Sun temple at Konark (13th century) was designed as a chariot of the sun God, associated with seven horses and twenty four wheels. It reflects the remarkable genius of architects that envisioned and went through it.

Art and culture in Odisha:

Odisha is the land of rich art and culture. All it’s artistic pictures depicts the rich culture and express the glorious history of Utkala, especially the Jagannath culture. “Pattachitra”, “Rock paintings”, “Sand art”, “Applique work” are some famous artistic piece of works are that are famous in the whole world.

Temples of Odisha | The City of Temple:

West Odisha is known for most temples there are so many temples like konark sun temple, yogini, huma and harishankar Odisha’s Buddhist khetrams are also famous tourist spot Will know Ratnagiri,udaygiri and lalitgiri…are diamond triangle in Odisha..here budhist stupas and monument .

Lord Jagannath temple Puri is a famous temple in the world, Do you really know that 56 type of dishes are prepared daily in jaganath temple Puri and thoes who worship after the worshiper can eat easily, in it abhada and Dalma is the most beloved food. Lingaraj Temple and ram Mandir is very famous, Lord Shiva is considered the oldest temple and it’s situated in Bhubaneswar Every year there is a lots of crowd on the day of Shivaratri. which is called (Sibaratri) or (Jagara) Apart from this dhuli of jain sculptures , kapilash temple of Dhenkanal ghoat gaon Keonjhar districts maa tarini temple is also has great importance in the diminished.

The dance was originally performed by Devadassis. Odissi traditionally depicts the divine love between lord Krishna and his consort Radha, drawing inspirations from the lyrical compositions of poet Jayadeva. The dance basically involves a mythical story, symbolic costumes, abhinaya, mudraa that are extremely graceful. “Chhau”, “Gotipuo” and “Pala” and “Samabalpuri” are some other traditional dances performed in Odisha.

People and languages of Odisha :

With 95% of the populace following Hinduism and over 62 tribal communities living on the same soil, people of Odisha live in harmony with mutual respect for minorities. The cultural diversity of Odisha is admirable. The official language spoken by the majority of the population in Odia. Being mostly rural, Odisha is also a state with one of the lowest crime rates.

Odisha is not only famous for its temples but also for the celebration of festivals. There is a line famous among the Odias that,” we have thirteen festivals in twelve months.” The motto of all these festivals is to bring people together from all backgrounds and celebrate the joy and glory of Odisha together heartily. Among all the festivals one of the main festivals that is celebrated yearly is “Ratha Yatra”, the annual chariot festival held at Puri, which is folked by millions of devotees. It involves the journey of lord Jagannath, Balabhadra and Subhdra on three grand chariots to Gundicha temple for a period of nine days. Raja Parba is famous a three-day festival in Odisha Another famous festivals are prathamastami, Durga Puja, Mahashivratri etc.

The festivals celebration of Odisha has no taste without its cuisine, known  as pithas. Our ultimate love, Odisha Rasogolla, Khira Mohana has been served as bhog in the lord Jagannath temple. Odias love rice, a typical Odia meal consists of rice, dalma, a vegetable dish or two, something fried and a fish. Traditional dishes like pakhala, chhenapoda, and Mansa tarkari, are loved all over the state. Food as per most people commented common food is pakhala not dahi bara it is only famous in Cuttack.

Odisha popularly known as Orissa is famous for its own culture, languages and dance forms, I believe many do not know or do not have much information about this beautiful state of India. Since every state of India has its diversity and forms so do Odisha. It has various dance forms, tribal cultures, and amazing tasty foods. Know every minute details about this state. We have included some amazing places which you need to visit in Odisha.