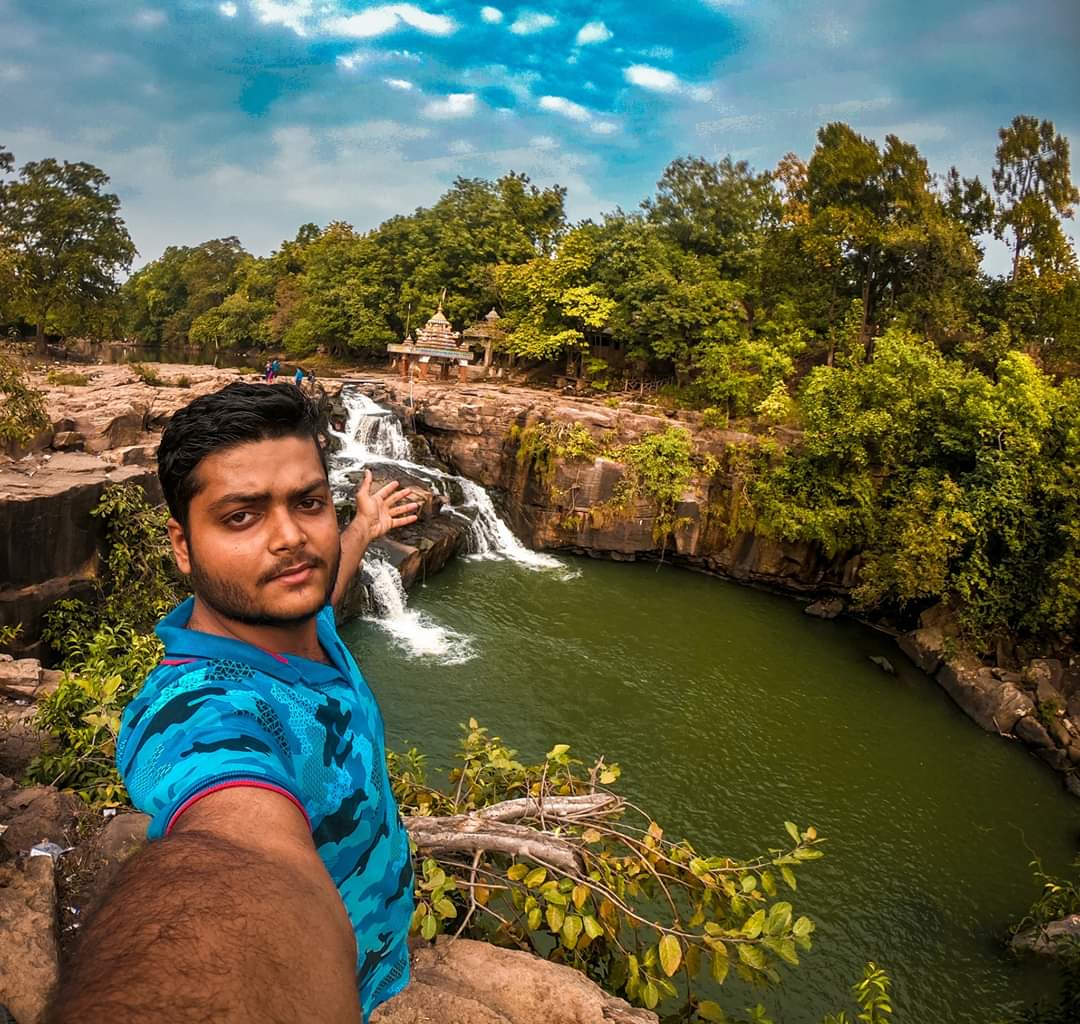 Great Hindu Epic Mahabharata links to Bhimkund with Pandavas
myth :- The story behind the formation of this bheem kund is related to the time of mahabharata, when bheem created this kund as pandavas tired and weary under the hot scorching surya, draupadi and pandavs fainted of thirst. bheem , the strongest of the five brothers, hit the ground with his Gada ( a mace like weapon used in anceint india 1500BCE or earlier) and behold water surged out and the pool came into the being. This was created when pandavas were in the agyanvas.

Another interesting fact about bhimkund that usually dead body floats at the water, but in this bheemkund, dead body disappears and never floats. all attempts to measure depth have failed. when camera was sent at 200ft, a heavy undercurrent of water was observed.

bhhimkund is a beautiful natural water reservior on the River Baitarani. It is located exactly on the boundary line between the two districts keonjhar and mayurbhanj, at a distance of about 100km from keonjhar.

this reservior is two stroyed which resulted into the formation of two waterfalls one above another. it is being told that, Bhima the second pandava had taken bath in this reservior and hence it was named after him.

During Makar sankranti festival in the month of january thousand of people gather here to take their holy dip inside the kund .

but i have one request that my dear freinds who over is visiting these scenic beauities . So keep it clean and green. If you take care of the nature the nature will nurture you or else we will be facing many calamities and pandemic.